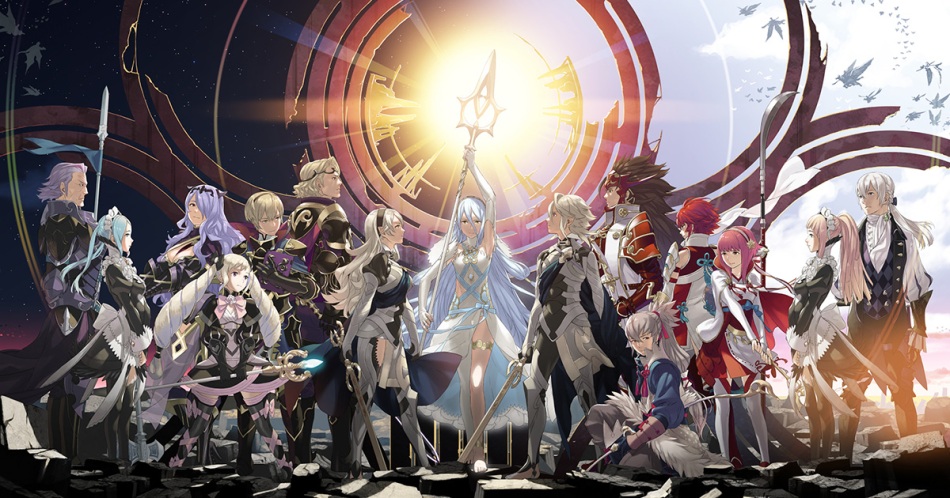 If you’ve ever spoken with me, you’d know that when I fall in love with franchises, I fall in love hard. Like, “I will go down with this ship,” hard.

One such franchise is Fire Emblem. As such, when Fates—comprised of Fire Emblem Fates: Birthright, Fire Emblem Fates: Conquest, and Fire Emblem Fates: Revelations (the DLC only game)—came out back in 2016, I immediately bought it. It did not disappoint; the minute I cracked that puppy open, I was comforted by the familiar sounds I’d grown to love whilst playing Awakening.

(And don’t get me started on that opening. I cried so many happy tears.)

However, if you’ve still not played it, I’m here to make your Fire Emblem adventure easier than my own, not walk you through the beginnings of it. (Also, this mini-guide is meant to be as spoiler-free as possible, so don’t worry!)

In no particular order, here are some things I discovered…

One of the now-commonplace features of the Fire Emblem franchise is that of pairing units. This function allows the player to pick two characters/units who are standing on adjacent squares and pair them up/force them to work together. Doing so increases their strength and defense and gives them additional attacking and blocking opportunities. (However, once paired, only one unit is in command, so you “lose” the ability for both units to have separate turns.)

Of course, in Fates, they’ve switched it up a bit. You can still pair units—I think people would riot if they decided to nix that feature, haha—and the units still receive the extra strength and defense boosts. However, they’ve changed how the attacking and blocking works.

(Also, keep in mind that the following advantages/disadvantages apply to your enemies as well. So, make sure you’re keeping track of what your opponents are doing, too!)

ATTACKING
If you pair two units together, the second unit will never attack to help. Yeah, you read that right. Your best buddy will straight up leave you in the lurch when you’re expecting their aid. However, if you don’t pair your units and instead put them on adjacent squares, they won’t receive the strength/defense boost, but the secondary unit will help with the attack.

BLOCKING
If you pair your units, the secondary unit you’re paired with will help by blocking attacks—guaranteed—after the fifth attack. So, if your paired units attack (attack 1), and they are attacked back (2), then they attack again (3), and they’re attacked again (4), and they attack once again (5), on the next attack (6), your secondary unit will block. Confusing, I know. Luckily, the game gives you a counter informing you when the next block is coming.

A final note on attacking and blocking: before you toss your 3DS aside and say, “Nah, this pairing nonsense is too complicated, so I just won’t deal with it,” realize that you use the pairing of units to improve the relationships, which is important when it comes to making sure that some of the characters you get later—the children—have lots of great skills and are powerful.

Yes, I said that. You will be collecting children at a later point in the game.

As with most tactics games, it’s important to know what you’re going up against when it comes to battles and battling. There’s no valor in running into battle and getting slaughtered in a humiliating and soul-crushing manner.

…Not that I’m speaking from experience.

But, if I was speaking from experience, I would tell you to check your enemies’ abilities. If you drag the cursor-square over the particular enemy you wish to check, you’ll see what skills they have. Spend a moment making sure you’re not going to send your units in to get absolutely destroyed; that would just be a waste of time.

For example, beware the “-Breaker” skills (i.e. tome-breaker, axe-breaker, shuriken-breaker, etc). In this game, by using these skills, your unit will get a +50 bonus to your avoidance stat against the opposing weapon (which can, essentially, lower the attack probability from 60% to 14%). Thus, if you have axe-breaker equipped, enemies wielding axes will have a very low probability of hitting you. However, it’s another one that you have to watch out for, because enemies might have it equipped as well. On paper, that sounds amazing, but in practice, if you’re that fool charging toward an enemy with an axe, the joke is going to be on you.

And then you’ll die.

(Another skill to keep an eye out for, just off the top of my head, is counter. It’s just as it says on the tin, and it can do gobs of damage to your team if you’re not paying attention.)

But, one nice addition to the enemy units’ mechanic is that, if you’re moving into territory that will put you at a terrible disadvantage, the game will warn you. Thus, if you’re stupidly/accidentally about to shove your Pegasus unit in range of a set of archers, the game will remind you that you’re making a horrible mistake.

Again, if you’re familiar with Awakening, you’ll know about these lovely—yet pesky—things called “challenges.” Challenges are, in essence, additional battles that randomly pop up on the map that allow you to grow supports between units (i.e. increase the relationship levels between the units in the hopes of them then makin’ super skilled and powerful babies). Challenges are amazing, and definitely helpful in a pinch if you’re struggling to complete a set of battles. You could literally spend years grinding and making sure that you’re the most powerful characters to ever walk the planet. They’re glorious. They’re amazing. They’re life-saving.

Basically, this means that you need to be really careful regarding who you’re putting into battle, how you’re training them, and that you’re making sure you’ll have a balanced and well-rounded team by the final battle. Don’t fall into the trap of having one super powerful unit, because no matter how powerful said unit is, they will get utterly pummeled when it comes to later chapters.

It is possible to buy challenges, but really, in this world, who has the money for that?

As with most sequels, the brilliant team at Intelligent Systems and Nintendo came up with a bunch of new features for Fire Emblem: Fates, one of which is the “dragon veins” mechanic. Now, before you jump pell-mell into battle and decide to use them straight out—all bright-eyed and bushy-tailed like—let me caution you to, again, pay attention.

Just like with keeping an eye out for enemy skills, make sure you know what a dragon vein will do before you try to use it. DVs offer random variations to the conditions of the battle. For example, you may pick one up and it’ll reduce an enemy’s health to one. Or, the DV might allow you to go on a pot-breaking frenzy à la Link in Ocarina of Time. Or, as pictured below, you can put a serious wrench in the enemy mages’ tactics by silencing them… but you will be silenced, too.

Also, only royal characters can move to a DV and use it, but doing so will spend their turn. Again, pay attention and make sure you’re not throwing your units right into the middle of danger.

Basically, use the dragon veins or maybe don’t… but make sure you know what you’re picking up before you pick it up.

In this game, the males are the ones who affect the children (except for the avatar), so basically, if you have marry ANY FEMALE, he will always end up with . (I should point out that the women still produce the children, but they have no bearing on which kid they’re having.)

But, more importantly, Fates did something else that’s really awesome! For the first time, you have the ability for one male-male marriage and one female-female marriage. However, because nothing progressive in life can come without a cost, there are a few main things to keep in mind when being true to your inner self.

IF YOU’RE PLAYING BIRTHRIGHT AND YOU’VE CHOSEN THE FEMALE AVATAR:
There is one possible female character (a child unit) you can marry. But, if you choose to marry her, you’ll miss out on the female avatar’s kid, which is a bit of a loss (because the child is quite powerful).

IF YOU’RE PLAYING CONQUEST WITH THE MALE AVATAR:
You can marry one male character (who is a parent unit, so a little bit less of a squick factor there), but then, because the males only have an effect and don’t produce the kids, you’ll miss out on both of their kids. Additionally, if, as the male avatar, you decide to marry the main female, you won’t be able to collect all the kids because one man will go unmarried. You’ve gotta be strategic with the pairings and the breeding.

IN REVELATIONS:
You get all the characters, so it doesn’t matter who you decide to love. ❤
Oh, and one last thing re: the pairings…

Because Fates is progressive and allows you to (sort of) marry whoever you want…
…
…
…
…This also means that you can marry your siblings.
And doing so gives you the child with the most powerful stats.
I… I’m just going to leave that right there.

What do you think? Sounds off in the comments below!

0 comments on “Fire Emblem: Fates – HoshiDos and Things to IgNohr”

Last few bits of spooky terrain for the moment. Onto the next project! - Nevi
Ruined temple bases ready as waiting for my new Inquisitor kitbash and Celestian Sacresants. Will finish off with some texture paints once they're primed and the models are attached.
Some more spooky terrain bits done. - Nevi
Next bit of spooky terrain. Enjoying getting through these. It'll be nice to play with fully painted terrain. - Nevi
Built some Minas Tirith Knights in the sun. - Nevi
The last of the 40k ruins. Glad to be done with them. - Nevi