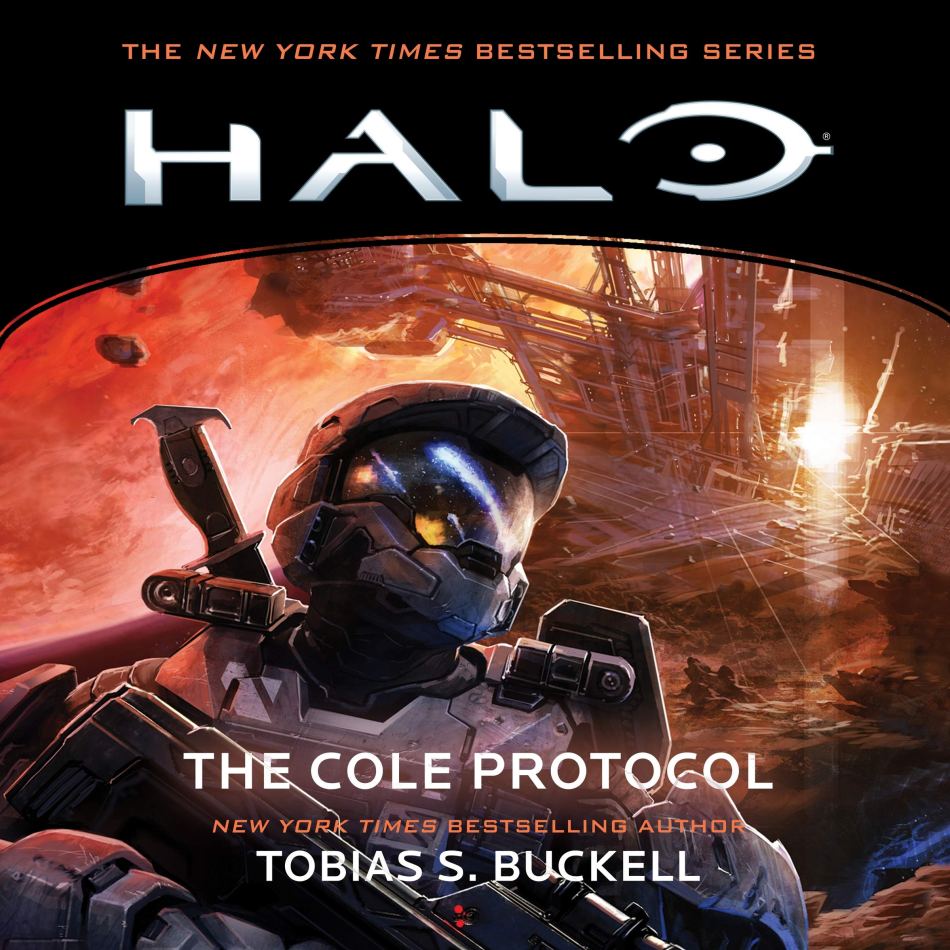 So far every Halo novel I’ve read has a clear ‘good guys’ and ‘bad guys’. You can interpret things like how the UNSC steal children and brainwash them into soldiers as definite bad guy vibes but it is never portrayed that way in the book. You can also see the Insurrectionists as perfectly warranted to not want to be part of the Earth Government and seek their independence, but the books only ever show them as terrorists. The Covenant are shown occasionally to have infighting but vying for power but mostly they are all working together to bring about humanity’s destruction and never like any one member wants something different. However, we finally have a book that blurs those lines between right and wrong on all sides of the conflict and does so while making the Spartans an interesting part of the story.

Halo: The Cole Protocol is a story that focuses on a young Jacob Keyes. You might remember him from Halo: Fall of Reach as the person who went with Doctor Halsey when she first met John-117 (Master Chief). He was later part of a mission later in that book to try and capture a Prophet. Later in the original Halo video game and Halo: The Flood he plays an important role before being absorbed into the Flood’s Proto-Gravemind. However, despite his death Keyes is an important side character in the Halo franchise and getting to know him better in The Cole Protocol is surprisingly fun.

Keyes is a strategist which makes a lot of the confrontations in Halo: The Cole Protocol elevated above the level of shooty bangs. Instead, it’s shooty bangs with a plan. This might seem like a minor distinction but it’s an important one as it comes to represent his character in The Fall of Reach and The Flood, and shows his evolution to those points. Outside of using his big brain, Keyes plays an important part in The Cole Protocol by using his big heart. This is because while this story takes place during the UNSC and Covenant War, it has a heavy focus on the insurrectionists or ‘Inis’, and goes a long way to help the reader understand why they might not want to be part of the Earth Government. And Keyes’ character is empathetic towards the human cost of this civil conflict and why humanity should band together to combat this alien threat instead. It’s not a massive shift but it is enough to start to break down the good vs evil narrative of previous novels.

The story of The Cole Protocol is about exactly that, a protocol to help prevent The Covenant from finding the location of Earth and other human colonies. It means that all ships must destroy their navigation data if they think they are going to be captured. They also need to take random slip space jumps before heading to their actual destination. Keyes is assigned to trying to enforce these rules on civilian ships and as you can imagine it doesn’t go down well. The UNSC side of this makes sense but like with everything they do it’s more authoritarian than anything else which further cements them in the grey zone.

Our other main perspective is that of Ignatio Delgado, a young insurrectionist. His story is one of trying to protect his home at all costs and goes a long way towards making you sympathise with the struggles of places deemed ‘bad’ by the UNSC. He’s also of Spanish descent. And I feel there is an allegory there as the UNSC are basically the US Military and his home is a collection of asteroids known as the Rubble. It’s a bit hammy but sort of works. His character is interesting and spending time with him is fun.

Finally, we have The Covenant character. For the first time in a Halo book, these were the weakest parts. I enjoyed the infighting and the fact that some of them were ‘working’ with the humans but none of the characters stood out in an interesting way. Instead, they were the foils to Keyes and Delgado. And while this is fine, I feel we could have had a more interesting set of Covenant characters. We do see some different shades here as well though including how downtrodden certain species are in The Covenant and how it isn’t this solid mega civilisation it’s often portrayed as. Getting to spend time with the Sangheili (Elites) shows why they defect from The Covenant and work with the Master Chief in some of the video games. However, they are all pretty standard and I was waiting for more of Delgado and Keyes.

And then there’s the Spartans. They appear, shoot some stuff and help save the day. That’s pretty much all you need to know Grey Team. They are set up as the ‘spec-ops’ of Spartan teams which doesn’t make a whole lot of sense as that meant to be the whole program but there you go. They are your fairly standard Spartan with hyperbolic personalities and a need to complete their mission at all costs. However, they aren’t the focus and work with our protagonists in somewhat interesting ways. I was worried when they appeared that we’d spend too much time on them but I needn’t have been.

So there it is, Halo: The Cole Protocol. It’s probably the most interesting Halo book in terms of how it frames all the participants in this conflict. However, it did let me down with The Covenant characters. It does a good job fleshing out Keyes and makes his death mean more than it previously did. While it’s hardly mandatory reading, if you like Keyes and characters that come up with crazy strategies to deal with situations then this one is a must read.

Thanks for reading. If you want more Halo novels that are Spartan-lite, then check out Contact Harvest. Alternatively, for a Spartan heavy story Ghosts of Onyx is worth checking out.

As always, if you would like to support the site then please use our Amazon Affiliate Link. It doesn’t cost you anything extra and we get small kickback on each purchase. On this occasion, I’ll link our Audible link where you get your first audiobook for free.