You might think it is a very specific kind of madness that I bought a Wii U in the winter of 2017, but it was with good reason. While many people are off gallivanting with their Nintendo Switches and making all kinds of hot passionate love with its many critically acclaimed releases, I was delving into Nintendo’s motion-controlled past. One of the many games worth mentioning is Ghost Squad for the Wii. 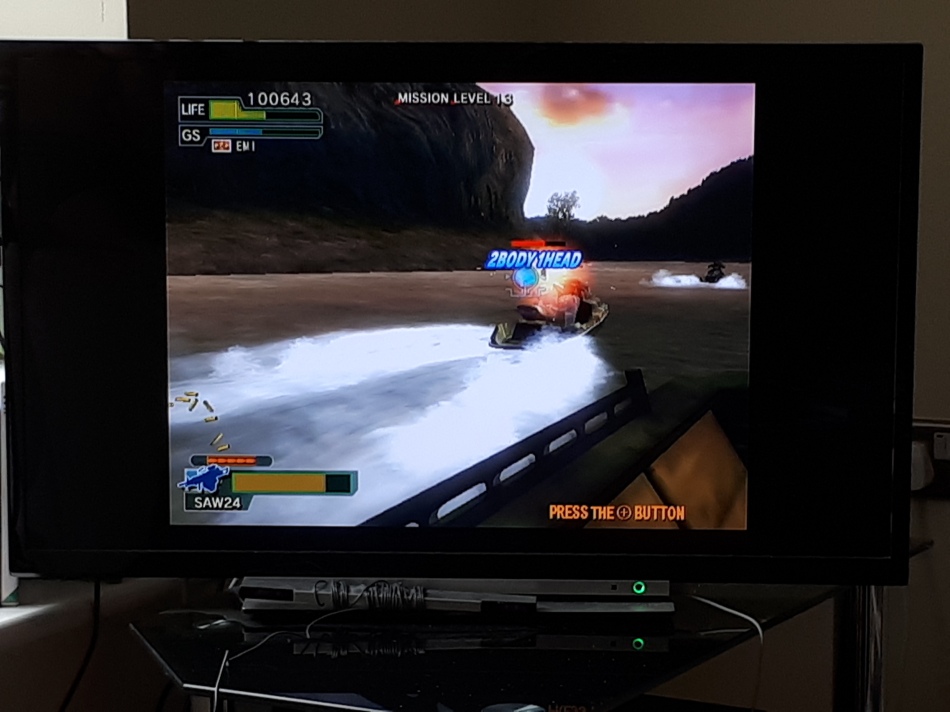 This is an on-rails, light gun shooter. A genre that works perfectly on this console. You point, you shoot, and rinse and repeat. It is fantastic arcade fun for up to four people, which makes it the perfect cooperative multiplayer game. Everyone can get to grips with how to play and you chase scores with competitive friends. Party mode is a lot of fun, but arcade mode is where this game shines.

On the surface, Ghost Squad has three missions and you can easily play through all three in 30 minutes. This trick is part of Ghost Squad’s charm. You want to play each mission, not because they tell a grand tale (they barely link together) but to complete the game just one more time. Each time you successfully complete a mission, its level increases and you gradually unlock alternate ways through the level. This means that the first 10-20 times you play through a level you will unlock new areas, enemies and challenges. At specific junctures you will have a choice of which path to take, this means that even after you have seen everything you can still pick combinations you’ve never done. 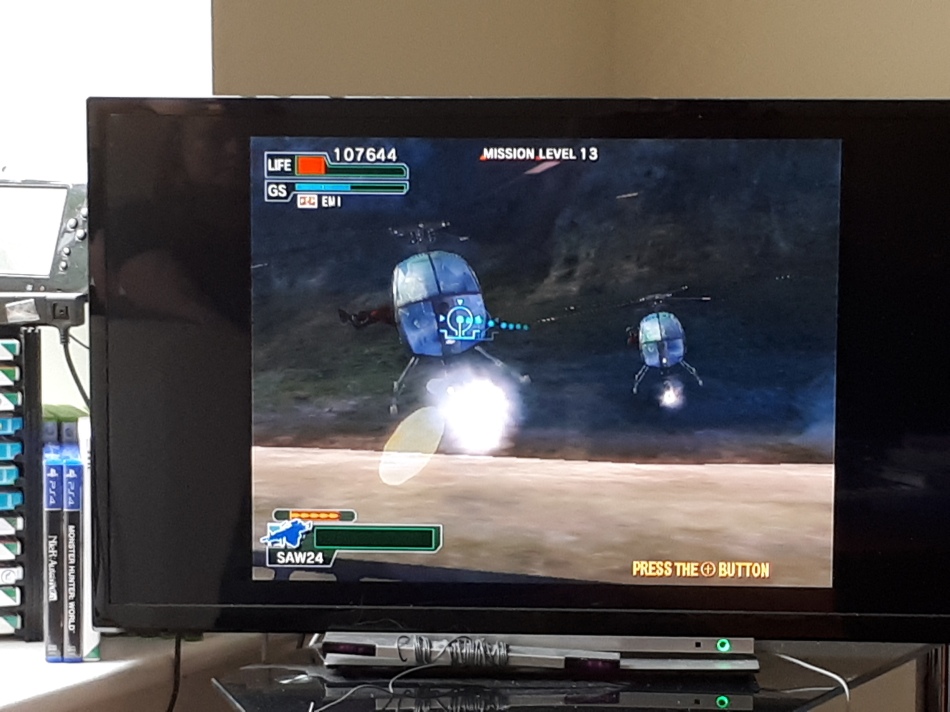 Fundamentally though, you are still playing the same three levels. You might take a different path here and there, but there are bottlenecks that remain the same. So what is so damn appealing about this game?

Firstly, the light gun part is reactive and fast. You need to point off screen to reload and this keeps each action fluid. Scoring headshots and special downs gains you some ghost points which unlock alternate firing modes for your gun, which adds a nice layer of strategy and something to aim towards. However, you don’t need any of that as the core shooting will be enough fun for most.

The loop of shoot, reload, shoot is addictive and the game never slows down. The more you play each level the more you understand where enemies will appear from. This means that you take them out faster and faster with each playthrough. As you play, you learn the game and in a brilliantly satisfying way. All the while, you’re playing those same three missions. 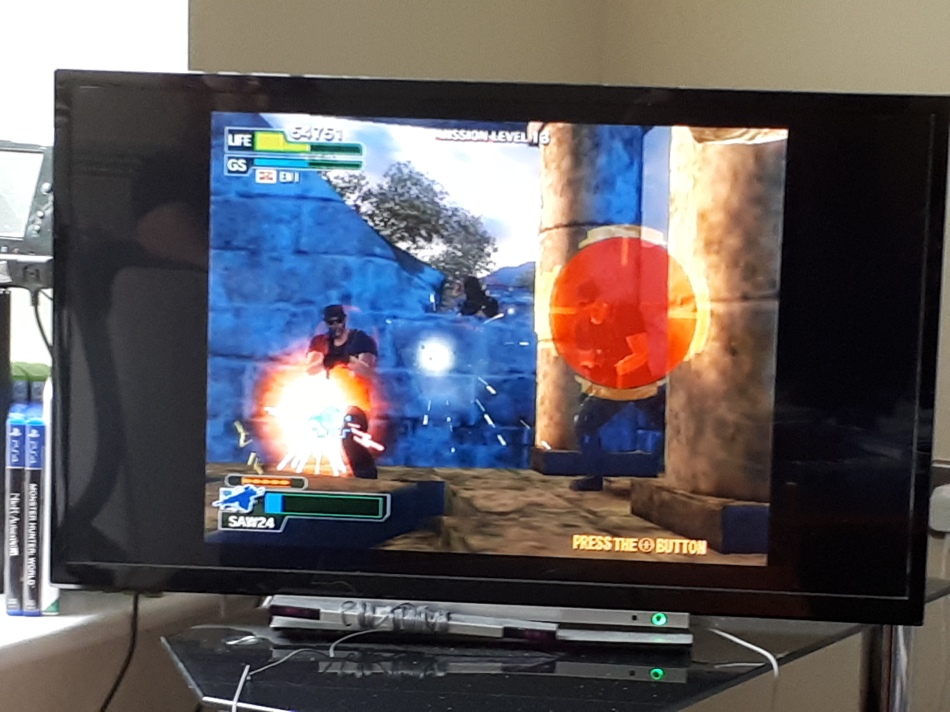 This repetition is brilliant. As you learn the game it throws new elements into the mix, and once you have seen everything the game changes from being about seeing new paths into scoring the most points. You start to automatically shoot at a location knowing an enemy will pop around the corner. You know the height of an enemy so you can easily score a headshot. As you play, you unlock new weapons and outfits for your character allowing you to find a playstyle (and regular style) that suits you.

The more you play, the higher your score goes as you learn all the minute details of this wonderfully addictive games. And then, you take a second glance at the menu and see an option to turn your reticle off. It gains you more points, but you don’t get to see where you are shooting, this throws another spanner into the proceedings. However, since you have played through these levels upwards of 50 times, you know each area like the streets of your hometown. Switching this little feature off couldn’t be too hard, could it? Ho-boy it’s like playing a totally different game. You likely never realised, but you spent hours relying on this tiny reticle to guide your way, and now it is gone. 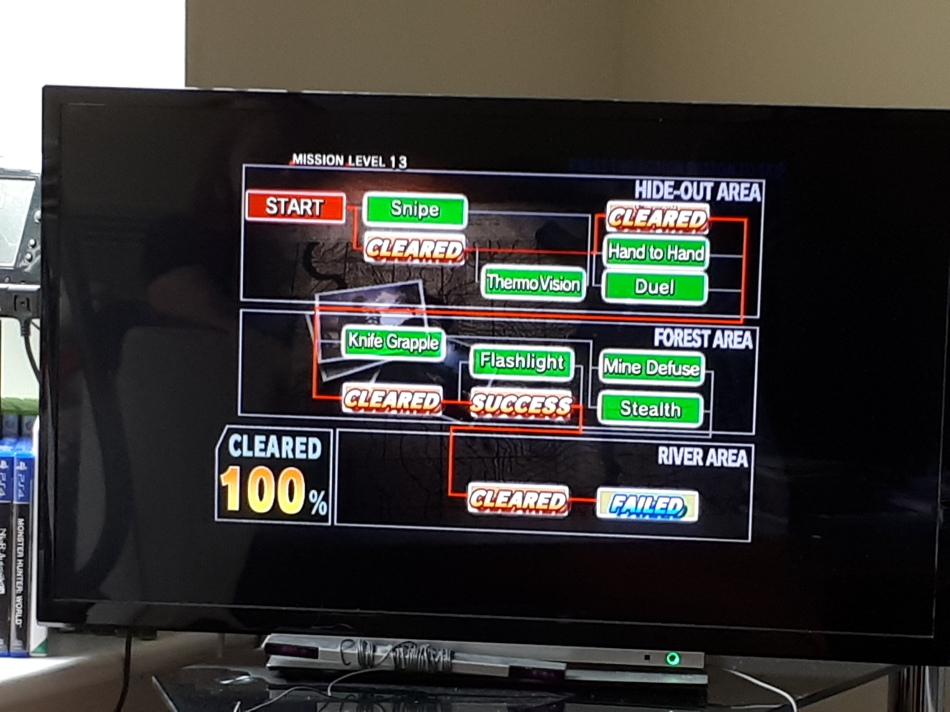 Left to fire wildly into the crowd, you see your accuracy score dwindle and don’t see the increase in points you feel you were promised. So you keep going, you keep repeating. You learn how a tilt of the wrist affects the arc of your burst fire. You learn where the corners of your screen are. Certainly, you shoot a few hostages and teammates in your first few games, but this slowly lessons as you constantly repeat these same three levels over, and over.

Now, you feel like a demon. You whiz through a level taking everyone out with ease. It is at this point that you really take stock of how the game’s difficulty has ramped up with each mission’s level increase. You notice how many outfits and guns are still left to unlock and you rejoice that you are going to keep playing this game for years to come. 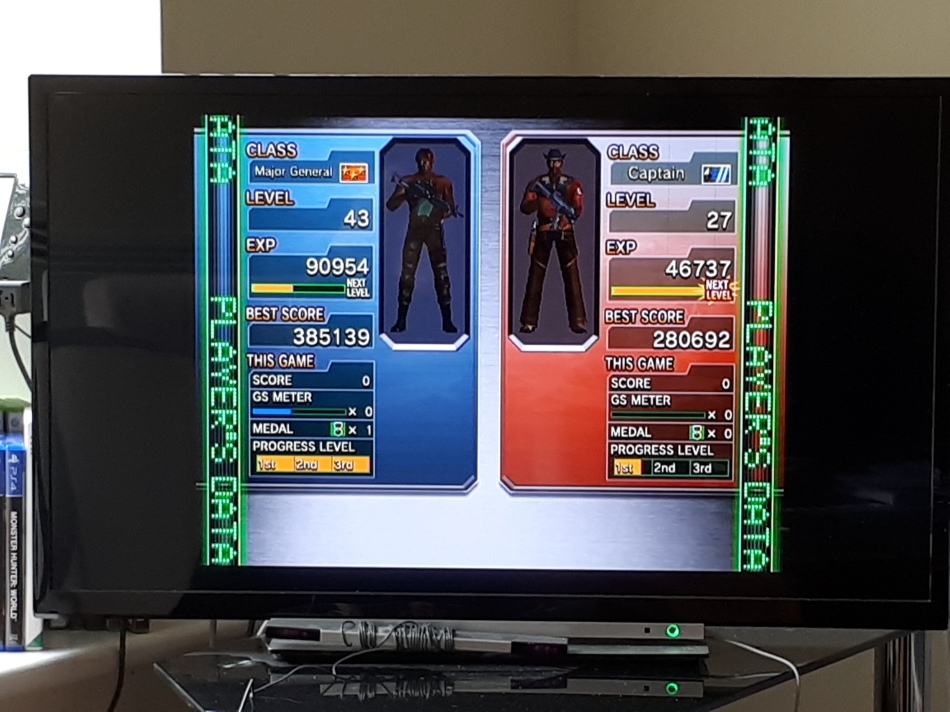 All of this comes back to a single key element – repetition. Ghost Squad is so brazen with its repetitive nature, fully embracing the fact that you only ever play three missions, yet it works to complete perfection. There is never a point where it feels cynical, cheap or like anything but a decisive decision on the part of the designers. Ghost Squad, I love you and I will continue to do so over and over.

You can support the website by using our Amazon Affiliate link and we’ll get a small percentage for each purchase.

0 comments on “Ghost Squad – The joy of reptition”